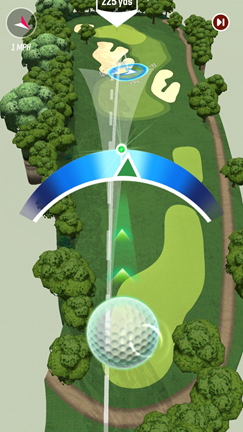 This week PGA Tour Golf Shootout was featured in the app store. There are many similarities with Golf Clash, and a few interesting differences. The UI and controls are quite different, but they still feel very intuitive and enjoyable. You maybe don’t have the catchy voices or emoticons in PGA Tour, but there is a better feel in terms of visuals and production value. The game has a familiar format, and adapts it in a friendlier way. It’s more a golf game for the PGA fan than a golf game for the PvP player.

1) Everything is better with an IP

I actually don’t know if everything is better with an IP. There are some cases (and some IPs) where the mass appeal of a product might actually be lowered if it were associated to an IP. But there also are some cases (I’d argue the majority of cases) where an IP just makes it better. CSR without the real cars associated to the game would just not be the same. And the positive impact of having an IP is maybe the greatest for sports games. Even if your main interest for the sports comes from a fitness/exercise place, the highest performing athletes are showcased in their respective professional league. And that is appealing to the amateur athlete. And if you only approach the sports as an entertainment product then the sports is the league.

In the case of a golf game, having the PGA IP associated to the game makes it better. Playing in real life courses (I only played in Deere Run for this current playthrough – but I assume there are other) gives the game a cachet other golf games don’t have.

What the game does really well is showcase the brand. In PGA Tour, the brand is front and center pretty much everywhere. 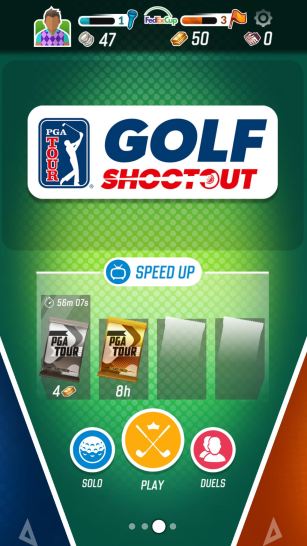 If you search in the app store for PGA tour, you will come across quite a few official apps. And this feels like a good opportunity for PGA Tour Golf Shootout to capitalize on. If the assumption is adding the brand will attract more golf fans – who are golf fans but who may or may not be mobile gamers – then providing more tie-ins with real life golfing events could be a way to further strengthen the appeal of the game. These tie-ins could be events that mirror “real-life” tournaments. But also simply provide information on news and results in the golf world – imagine having a section of PGA Tour Golf Shootout that offered the condensed content of PGA Tour mobile on ongoing tournaments, courses and player stats (like a more elaborate version of what TSB does).

PGA Tour Golf Shootout does have a PvP mode – and in this case the entry fee has been removed. On paper this feels like a big difference compared to Golf Clash. But this also feels like the type of design decision that might be problematic in theory (you’re losing a sessoning mechanic and potential monetization opportunity), but that might have little real impact in practice (how often are players unable to play because of their gold balance – and how many do an IAP to pay the entry fee). And there are many alternative ways to tune the game to keep the gold balances in check. At the very least, if Clash Royale removed early on the gold cost to play a match then I kind of feel like having an entry fee is not a requirement to have a successful product.

PGA Tour Golf Shootout is not all about PvP. The game feature a solo mode that rewards players to perform various challenges. One reason why it feels like that move makes sense for PGA Tour Golf Shootout is that the game is less confrontational – matchups feel less like a zero-sum game. And that can be a fine design decision – especially if you’re going after the golf fan more than the PvP gambler.

As someone who can’t play golf, I want to believe that having a solo mode is perhaps more in line with the expectations of someone following the PGA Tour – and having a solo mode with meaningful rewards provides an option for players who want to enjoy playing golf, but who have less interest in playing only PvP. 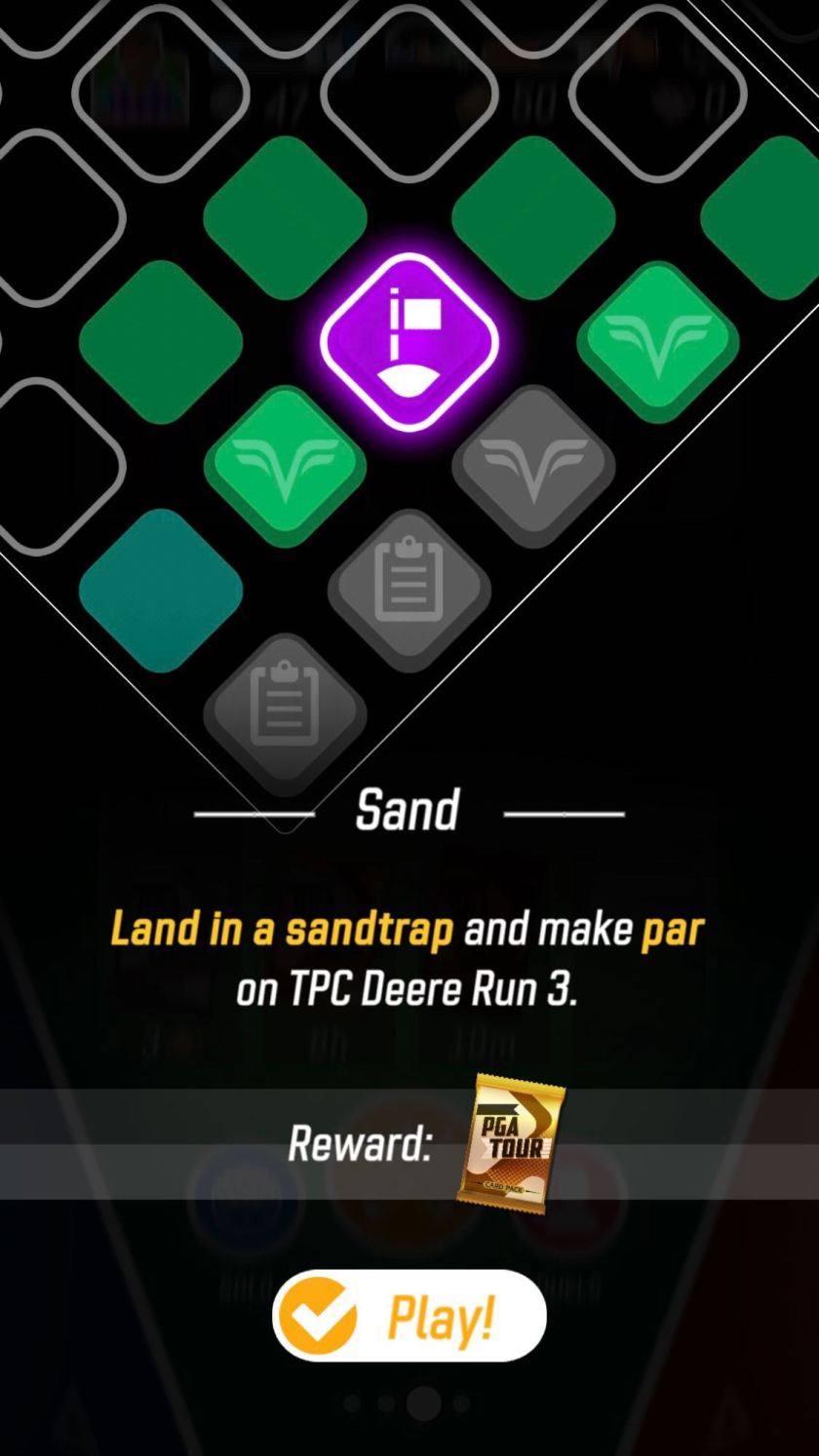 It’s tricky to get precise and actionable insights into the impact of your push notification strategy. But one thing for sure is that there are better ways to get your players to agree to turn notifications on.

Asking permission for notifications at a moment which is relevant for your players – by tying it to an in-game action and timer – has become pretty standard now. PGA Tour Golf Shootout goes one (very subtle) step further, and actually calls out the time until your card pack is ready to collect. The game doesn’t just ask you to be notified when the pack is ready to collect. It identifies the moment when it will be ready (the game tells you how long it will take for the pack to collect), and then asks you if you want to be notified at that moment.

Also, you have to appreciate their grit when you decline and indicate you don’t want to be notified 😊