Too much thinking – not enough destroying

In Monsters with Attitude, players have a Monster (apparently with an attitude problem) which is in a field (or other environments). As those monsters hit or bump into trees or buildings, they get bigger. What Monsters with Attitude does is it delivers a higher production value and more depth than what is available in hole.io – which is pretty much the model in that genre.

In Monsters with Attitude players can collect different Monsters. Each has their own perks and abilities. The game adds a Clash Royale meta on this very simple gameplay. Players can acquire Monsters via gacha boxes – and they need different number of cards to upgrade monsters. Upgraded monsters start off a match bigger, and they can unlock new Perks.

As players try to get their monster to grow by bumping into stuff, they compete with other players. The player with the biggest monster when the timer ends wins.

Like in Clash Royale, players gain chests after matches. There are 4 chest slots, and each chest unlocks on a timer – better chests take longer to unlock. And players can spend gems to unlock chests immediately. Players also go up in leagues as they win matches.

There are a few things that make hole.io tremendously entertaining. The gameplay is simple, and sessions are short. Also – crucially important – the game is very intuitive and easy to pick up. You play as a hole that engulfs everything above. And the more things you engulf, the bigger you get. The game is set in an urban environment, and very quickly you’re causing havoc and destroying the entire city. In addition, you can “kill” your opponents if you manage to engulf them – it’s the only stat alongside your points.

Monsters with attitude has the same overall system but using a different thematic and skin makes a world of difference. The thematic is less straightforward. In hole.io, you play as a hole that engulfs everything: cars, bystanders, buildings – and others. The more stuff you engulf the bigger you get. I can’t put my finger on it exactly, but not the same when punching/breaking down trees. One thing that is clear is that Monsters with Attitude uses the same system, but doesn’t convey the same rewarding destructive ethos you find in hole.io. You don’t get the same immediate visual feedback for your actions – the monster doesn’t seem to grow as much as the hole does. You don’t have the same sense of gigantism and gigantic destruction that makes hole.io so fun. Last but not least, you don’t actually ever get to kill the opponents in Monsters with Attitude (either that or I didn’t get it or missed out on a “late game feature”). And there is nothing as straightforward, intuitive and gratifying as killing your opponent in a PvP game. 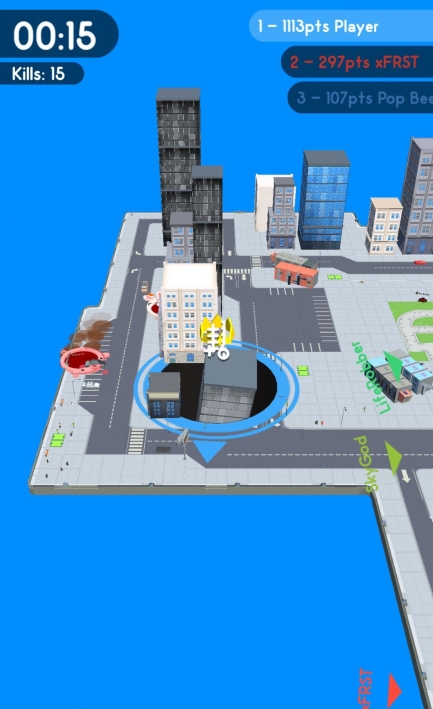 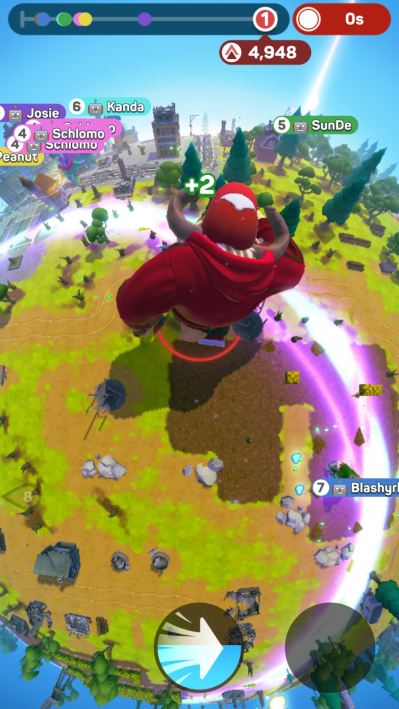 3) Adding a meta diverts from what makes the gameplay fun

The gameplay of these deconstruction games is great. But one of the main reasons why these games are so fun is that it’s all about the gameplay. The mindless, non-committal destruction of everything that crosses your path. What makes these games great is the moment-to-moment gameplay.

That’s why it feels like adding a meta, progression system and deferred acquisition path for monsters to this recipe is more a way to limit the access to this gratification. Adding a meta in this context doesn’t bring anything to the user – it feels more like adding a friction to in turn monetize the solution.