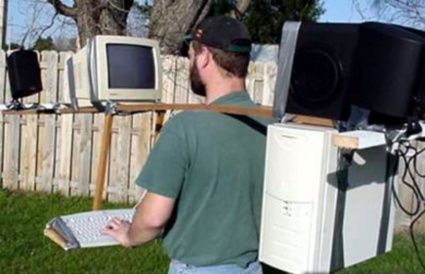 Marshall McLuhan was a media theorist (and/or a pop figure from the 60’s – depending on how you want to look at it) famous for coining the phrase “The Medium is the Message”. McLuhan’s work is part of a rich academic tradition – the Toronto School – that includes great authors such as Havelock, Innis or Ong.

What the “Medium is the Message” means is that communication technologies are the key factor that determine social institutions, modes of socialization, and culture. It’s not content (the “message”) that matters. It’s the transmitting medium that matters. Every medium has specific functional requirements and implies a certain way to be used. For example, television is an electric communication technology that lives in people’s homes. That has multiple implications concerning the way people relate to each other and to the world. While people are watching TV, they are (for the most part) sedentary and not interacting with others. Their social frame of reference is no longer the immediate here and now – it’s an abstract and intangible construct. Every communication technology has its own unique properties. And the dominating communication technologies in turn shape culture and social institutions.

“The Medium is the Message” means that content is secondary to the impact communication technologies have on people’s lives. It’s not content that drives the way people use technology. Technology determines the way people consume content. Differently stated, what matters is not what people are watching on TV (the news, sitcoms, sports programs or reality shows). What matters is that they are watching TV. The impacts of television result from the technology that underpins it, and the type of user experience it involves. The immediate transmission of content while people are sitting on their couches is what characterizes the effects of TV – people watch TV the same way regardless of the program they’re watching. And the impact of TV on people’s lives are pretty much the same regardless of what’s on TV. If you approach things at a macro-level, you see that regardless of what’s on air, people watching TV are doing so in a similar context (at home during their leisure time), in a same position (sitting down facing the TV), and their mode of interaction with others and the world while watching TV is the same.

I am not suggesting here that McLuhan is the ultimate theorist of media and society. But there is something compelling – and relevant – about the way he discusses the impact of media vs the impact of content. What he is arguing is that the materiality of communication is what matters the most – the type of relations a medium fosters and creates, as well as the ways people use and interact with a communication technology. Every communication technology has different properties – and that means people won’t interact with content the same way on TV, PC or mobile. The experience of watching a movie in the theaters or on your phone is not the same – even if it’s the same movie. And “The Ten Commandments” is probably a film that lends itself to being watched in the theater more than on your phone.

This can be a refreshing perspective for anyone working in the entertainment industry. It can be tempting to make everything about content – the unique features or themes we design. But ultimately the way people interact with our game is in large part conditioned by the way they use the media on which our content is distributed. No matter how compelling your content is, it requires a platform to be consumed and enjoyed. And there are social and technological constraints (and affordances) to each medium.

This approach can provide very interesting way to think about games in general – and mobile games in particular. If you apply the “Medium is the Message” logic to mobile, then it means that the way people interact with mobile apps depends more on the specificities of mobile technology than each different app they might interact with. It can be tempting to believe that every game is unique, and the content is the only factor determining success. But looking at the multiple regularities in usage patterns across titles and genres provides compelling empirical evidence it’s not only about the game. That’s why you should design for user patterns and game as service should be about catering to user’s preferences. We shouldn’t act as if content were irrelevant. But we should acknowledge the crucial importance of non-content factors. And design our products accordingly.

More and more publishers are arguing for a cross-screen strategy. EA is probably the publisher that has formalized that strategy the best. Their long-term plan is to move gaming to the cloud and no longer have gaming experiences bound by local devices. EA aims to have players connect to a game and its community “regardless of which screen they access the game through” (pp. 12-13 of the transcript).

If you only define platforms in terms of screen size and GPU, then you are basically ignoring the materiality and specificities of each platform. What distinguishes different platforms the most is not screen size, resolution or fps. Each platform has different interfaces – for example a controller, a mouse or a finger. Each platform assumes a different spatialization of the user’s body – for example standing in an arcade, laying in a couch far from the screen, sitting straight 1 foot away from a monitor. Each platform also supports different ways to socialize with others while playing. More than screen size and GPU, these kind of factors are what define and characterize each platform. These ergonomics of usage means playing Centipede in an arcade, on console, on a PC with a mouse or on a mobile phone is not really playing the same game on 4 indifferent platforms. The software and audio-visuals might be the same – but it’s not the same game and not played the same way. Each platform fosters a specific experience of the game. And it’s safe to say some types of content are better suited for one platform rather than another. 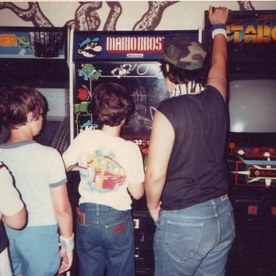 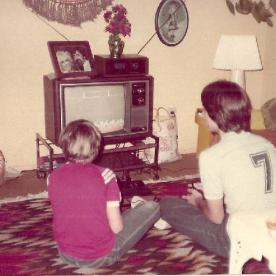 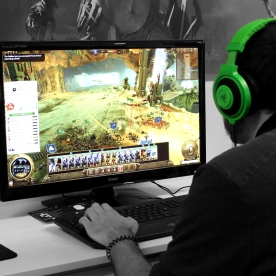 What McLuhan’s work helps us highlight is that in order to make a successful and compelling mobile game, you need to be thinking mobile first. It’s not about playing a same game some times on the bus, some times at the end of a busy day on your couch. Some games are better played on the go with one finger, while others are better enjoyed with longer play sessions and a controller (and perhaps a comfortable seating). Being successful on any platform involves designing an experience around the specificities of those specific platforms. For mobile, that means building your game – both in terms of playability and usability – with the mobile experience in mind. Something that is successful on console might not be conducive to a good experience on mobile.

The problem with a cross-screen, platform agnostic strategy is that it doesn’t take into account the specificities of each medium – and the type of experience they are most conducive to. From a playability point of view a mobile screen is conducive to simple tap and swipe movements (you can’t really require more than 2 fingers touching the screen at the same time). Virtual D-pad is something implemented from a porting point of view – not from a mobile first point of view. From a macro-level usability point of view, it still feels like interaction with mobile apps takes place in multiple short sessions. A game that would require long uninterrupted periods of concentration would not be sensitive to the specificities of mobile.

In that respect, Bethesda’s attempt to bring the Elder Scrolls to mobile feels like a potentially interesting case in point. While it’s too early to say anything (the game hasn’t been released yet), the emphasis in the PR material seems to be on a game built for the specificities of mobile – not a cross-screen experience. Skyrim was a typical console/PC game built around hour-long sessions and complex interfacing with menus. It will be very interesting to see the choices that go into making a mobile-centric iteration of the series.

We've brought the beauty of an Elder Scrolls game to mobile.

The Elder Scrolls: Blades provides a massive first-person RPG experience you can play on your phone during those "important meetings". 😉 #BE3 pic.twitter.com/sZzShIw3DV

Of course, there is currently an example of a hugely successful game on mobile that is played across multiple different platforms (and that uses a virtual D-pad at that!). But looking at Fortnite’s success and saying it’s the blueprint for the future of gaming is confusing outcome and prerequisite. Fortnite is not a success on mobile because it is a cross-screen game. Fortnite has become a cultural phenomenon in its own right – it’s more than a game. And because of that it’s also successful on mobile.

If you adopt a wider definition of engagement – where engaging with a game is not reduced to playing it, but also refers to watching others play it – then it appears pretty clearly that mobile is not Fortnite’s main channel to acquire engaged users. The first-time user flow on mobile involves downloading the game for 10+ minutes, signing in to your account – or creating one – and then being throw into a match with virtually no tutorial or guidance. I’m going to go on a limb and say most users downloading Fortnite on mobile have either played it on another platform or have heard about it and seen people play it on YouTube. People don’t stumble across Fortnite in the app store, go through that entire process and get hooked. Awareness of the game most certainly precedes the user’s experience of discovering it on mobile. 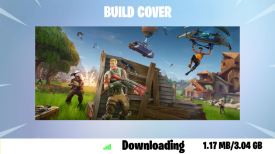 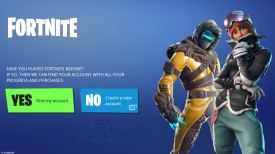 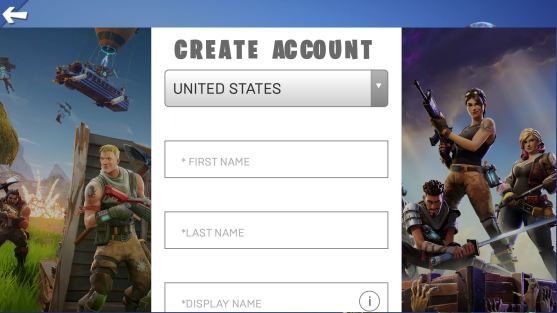 What this tells me is that if you reach a level of cultural awareness and enthusiasm as high as Fortnite, then you should definitely go cross-platform to further capitalize on that enthusiasm. Once that level of success has been achieved. Having a successful multi-screen approach first requires a product which has an appeal stronger than the constraints of the platforms on which it’s distributed. A PC player, a console player and a mobile player don’t play on those platforms in the same way: the time of day played, sessoning patterns and the overall ergonomics of play are not the same. Fortnite has become so big it can bring together users with radically different play patterns.

A multi-screen strategy results from having a global hit – it’s not a building foundation. Starting off with a “multi-screen” approach ignores the fact that only exceptional successes are able to sustain a cross media experiences. Being multi-screen is a strategy that pays off once you have reached the highest levels of success. Starting with a multi-screen strategy before knowing what the reception of your game will be like is putting the cart before the horse. This doesn’t mean you shouldn’t plan ahead and leave some room for potential cross-platform variations of your game. But it means you should first aim to reach the highest levels of success for your game. And that requires designing a game for an optimal experience on a given platform.